Architect G. T. Ward designed Armstrong Elementary as a “pod” school, using a combination of traditional and open-school designs. Our classrooms originally did not have doors in keeping with the open-school plan common to schools built in the 1970s and early 1980s. Armstrong was built by the V. F. Pavone Construction Company at a cost of $5 million. Our school was one of the first in Fairfax County to have motion sensor activated lighting and a two-way intercom system. 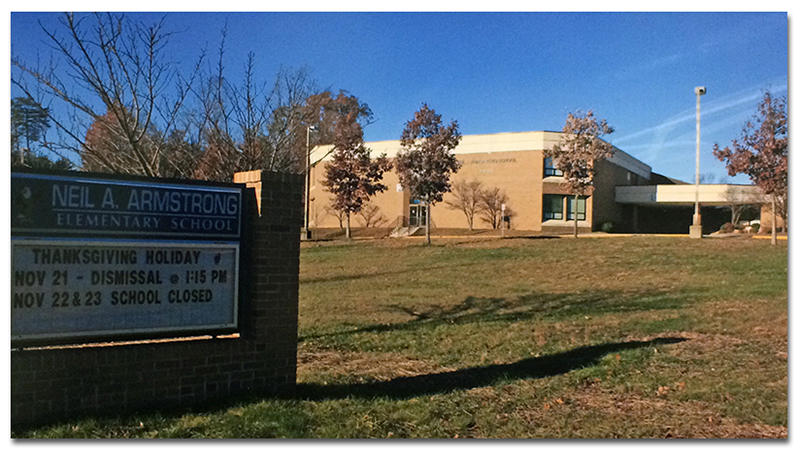 Reach for the Stars

Prior to construction, the land where Armstrong Elementary stands was referred to as the Armstrong site. In the spring of 1986, our first principal, Dr. O. Stuart Chaplain, convened a meeting of parents to discuss what name should be put forward to the Fairfax County School Board for consideration as the official name of our building. Because the name Armstrong was already associated with the school site, the name Neil A. Armstrong was voiced and all in attendance thought it was a natural fit. Learn about the life of famed astronaut Neil A. Armstrong and experience his first steps on the lunar surface in this video produced by Fairfax County Public Schools’ cable television channel Red Apple 21.

Armstrong Elementary School was officially dedicated at a ceremony on May 17, 1987. The ceremony featured musical performances, a poem recitation, and a quilt presentation by students. Judith Garcia, a teacher at Thomas Jefferson High School for Science in Technology in Alexandria, who was a finalist in NASA’s Teacher-in-Space program, delivered a dedication address to the approximately 500 people in attendance. On the Tuesday prior to the dedication, Armstrong students participated in a “ribbon-cutting” ceremony in which every student affixed a personal message to a balloon with ribbons and released the balloons in unison. Relive these special moments through this video courtesy of Terry and Shari Murphy.

Our first principal was Dr. O. Stuart Chaplain, Jr. (1986-1989). He opened Hunters Woods Elementary and was principal at Terraset Elementary in Reston before coming to Armstrong. Our second principal was John Russ (1989-1999). During his first year as principal, the enrollment at Armstrong was 595 students. By 1992, that number would climb to 732. Russ was succeeded by our third principal, Cynthia West (1999-2006). During West’s tenure a climbing wall was added in the gymnasium and compacted math was introduced in 6th grade classrooms. Enrollment declined during this period, dropping from 480 in 2004 to 420 in 2005.

After West left Armstrong, Janet Barbee served briefly as interim principal until Shane Wolfe (2006-2010) was appointed principal in September 2006. Before becoming principal, Wolfe taught 2nd grade at Bonnie Brae Elementary School in Fairfax and was an assistant principal at Terraset Elementary School and Armstrong Elementary. At the time of his appointment, Wolfe was 30 years old and was the youngest principal in the Fairfax County public school system. In 2010, Wolfe was succeeded by Shamarlas G. Allens (2010-2013), who departed Armstrong after receiving a promotion to a position in the FCPS central office. During Allens’ tenure as principal, Armstrong Elementary was a twice-time recipient of the Golden Apple Wellness Award, the highest level Wellness Award given by Fairfax County Public Schools to promote school-wide health and contribute to the reduction of childhood obesity. Principal Allens was succeeded by our current principal, James Quinn, in 2013.

Armstrong Elementary School functions as a center for students with emotional, behavioral or social challenges. Today, these students are mainstreamed into Armstrong’s general education population, however, when Armstrong first opened these students were housed in a separate wing of our school building. Armstrong Center functioned independently with its own principal and teachers. The first center principal was Beverly Mattox. She was succeeded by Matt Harris, pictured below. During the 2003-04 school year, Armstrong Center enrolled approximately 50 students. When Principal Shane Wolfe first arrived at Armstrong as an assistant principal (AP), the principal position at the center had been discontinued and the center was overseen by Armstrong’s AP’s. After Wolfe became principal, the Center ceased to operate as a separate institution.

Among the trees planted by the PEP-C Club at Armstrong was a seedling of the Wye Oak, a revered tree located in Talbot County, Maryland. The Wye Oak was felled during a heavy thunderstorm in 2002. From 1941 to 2002, the Wye Oak was the largest white oak tree in the United States and was estimated at more than 400 years old. Other historic tree seedlings planted in the school grove were a Walden Pond River Birch, a President Lincoln White Oak, a Monticello Catalpa, an Andrew Jackson Weeping Willow, a Mount Vernon Red Maple, and a James Madison Kentucky Coffee Tree. In the spring of 1995, the club received a Friends of the Earth Award for planting 21 trees by Autumnwood Pool in Reston. Also, in October of that year, two students from the club represented Armstrong at the First International Children’s Conference on the Environment held in Eastbourne, England. The students displayed an exhibit on the manatee adoption program and interacted with children from many of the 85 different countries in attendance. 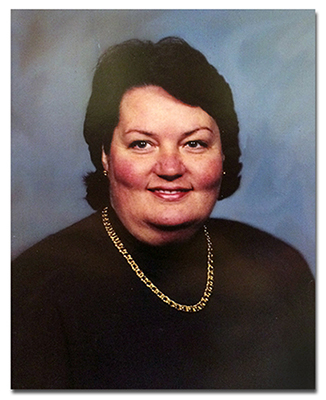 The amphitheater located outside our school’s library is named in honor of Wendy Joyce Bowman, a long-time Armstrong teacher who passed away in March 2005. Bowman was a 2nd grade teacher and had two sons who attended Armstrong. The amphitheater was built in her memory and was made possible through donations from the Armstrong PTA, community members, friends, and the Bowman family. Convergint Technologies, a local business, also contributed funding and volunteered to assist with the landscaping. The window of Bowman’s former classroom is visible from the amphitheater. At the dedication ceremony for the amphitheater in June 2006, Shane Wolfe, then an assistant-principal, said of Bowman, “She consistently demonstrated a positive and nurturing approach to her teaching, and she was always available to help individual students, guide other teachers, or meet with parents in support of their children. She had an amazing way of bringing learning to life for children and brightening every day for everyone she would see.”

In 2006, Armstrong Elementary’s then business partner, Cardinal Bank, opened a branch at our school. In November 2006, The Reston Observer newspaper reported: “Do not be surprised if you walk into the new branch of Cardinal Bank at Armstrong Elementary School in Reston and the branch manager is much younger and smaller than you are, like a sixth grader. Cardinal Bank and Armstrong have teamed up to open the Eagles Nest Egg Bank that will be completely student run at the elementary school. The branch will be a deposit-only bank but will function just as any other bank would, but with a much younger staff. This is Cardinal Bank’s fifth branch in partnership with an elementary school. Kevin Reynolds, president of Cardinal Bank, said the purpose of the school bank is to help children learn the value of saving with some incentive. Students will operate the bank while learning how saving money will benefit them in the future.” Students who were interested in working at the branch were required to maintain a certain grade percentage average, have satisfactory or outstanding marks in their school citizenship efforts, and the supporting reference of a classroom teacher. The bank operated on Wednesdays before school hours and the students were required to use their math skills to maintain balance sheets. The branch closed when Cardinal Bank was acquired by another financial institution. 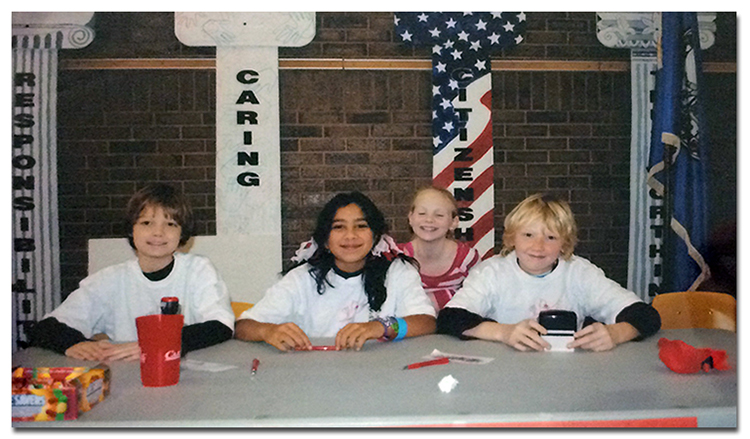